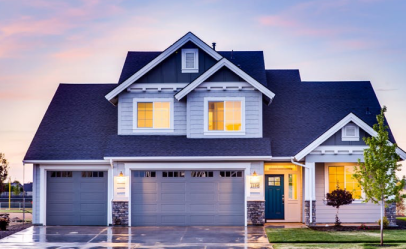 My fourth graders just ended a unit on decimals and coordinate grids.  The unit lasted about a month and a test is scheduled for next week.  This unit was packed with quite a bit of review, decimal computation and coordinate grids.  Students were able to play Hidden Treasures, use a 1,000 base-ten block (first time they’ve seen this), and create polygons using points.  One of the tasks that stands out to me for this unit involved a coordinate grid problem.  The problem caused the majority of my class to struggle. It was a great learning experience.  Many students thought they knew the answer initially, but then had to retrace their steps.  I modified the questions a bit from the resource that I used in the classroom. Here are the directions:

So, many students read this and thought twice as wide meaning they’d have to multiple the width by two.  Even without looking at the diagram they assumed that this was going to be a multiplication problem involving two numbers.  Below the directions came the house and grid

Even after seeing the diagram, students were fairly sure that they just needed to multiply the width (4) by two.  When digging a bit deeper into what they were thinking I found that students were looking at the height where the roof started (0,4).  Many were absolutely certain that 8 was the correct answer.  I had the students think about the direction and discuss in their table groups what strategy and solution makes sense.  Students had about 3-5 minutes to discuss their idea.  Students reread the directions and then started to gravitate their attention to “as it is” high and then started the problem over again.

As I walked around the room I heard students say:

What is the actual height?

Does the original width matter?

You have to multiply it by three?

What do you have to multiply?

I’m not sure about this.

Is this a trick question?

How do you know?

I thought the conversation that students had was worthwhile.  I probably could’ve spent a good 15-20 minutes on just the conversation. Fortunately, at least one person at each table starting to think that multiplying the x-coordinate by two wouldn’t work.  When I brought the class back together, I started to ask individual students how their thinking has changed.  Some students were still unsure of what to do.  I brought the class back to the directions and then more students started to make connections.  Eventually, one students mentioned that because the height is six, the width has to be double that, which is 12.  Another student mentioned that the x-coordinate needs to be multiplied by three to equal 12.  More students started to nod their heads in agreement.  The class then moved to the next part of the task.

Students said that we should write down “multiply the width by three.”  I wanted students to be more specific with this, so I asked the students if that meant that you could multiply and part of the width by three.  The students disagreed.  A few students mentioned that you need to multiply four by three and that could be the rule.  Again, I went back to the directions, which asked students to create a rule.  After more discussion, the class decided that you needed to multiply the x-coordinate by 3.   Students were then asked to fill out a table to show what the new drawing would look like.

Students were drawn to complete the third row above.  That made the most sense to them since the first two started with zero.  Multiplying the x-coordinate by three would create (12,0).  Most kids were on a roll then and were able to fill out the rest of the table.

On Monday the class has a test on this unit.  Even after the test I’m thinking of spending some time reviewing coordinates and having students actually re-create this house on a grid.  I believe it’ll be useful as later in the year students will start to look at transformations.  This may be a good entry point to that topic.