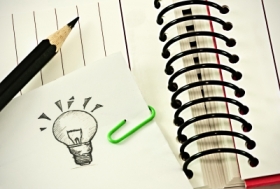 Approximately two weeks have passed since the new school year has started and I’m finding that the traditional number line (that many teachers have become accustomed to) needs an upgrade.  My math students are benefiting from the number line, but true understanding of numbers doesn’t come from a number line alone.  For the past seven years I’ve used a “typical” number line from -10 to 100 in my classroom.

Don’t get me wrong … the number line is helpful in teaching many number sense concepts.  In my opinion, the number line offers students a visual/spatial representation of the number system.  I  believe many numeracy concepts are built from understanding the system of numbers.  What is often missed, or not necessarily taught, while utilizing the number line are numbers that don’t fit the category of being whole.  For example, I generally don’t see pi or irrational numbers being part of a number line.

Recently I found a “Real Number Line” poster.  I was fortunate enough to find this poster and have utilized it to teach elementary students about the number system. I think it’s important to communicate that square roots, fractions, percentages, mixed numbers, etc.  should be included on a number line. 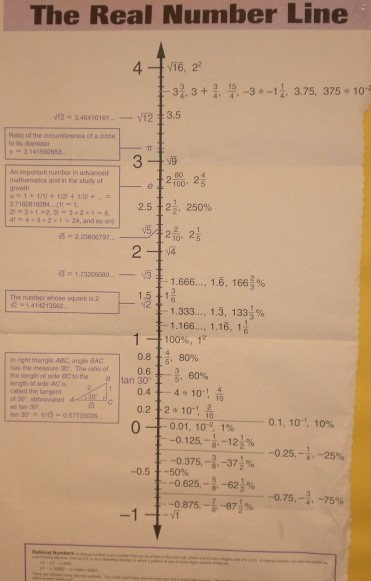 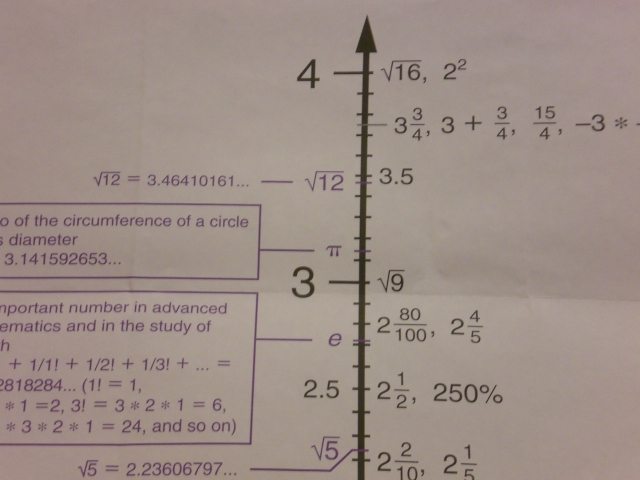 Instead of purchasing a poster, you could have the students create their own.  A few examples are found below: 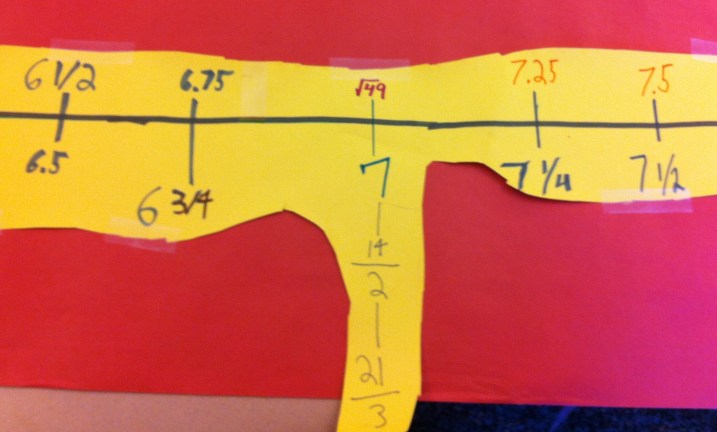 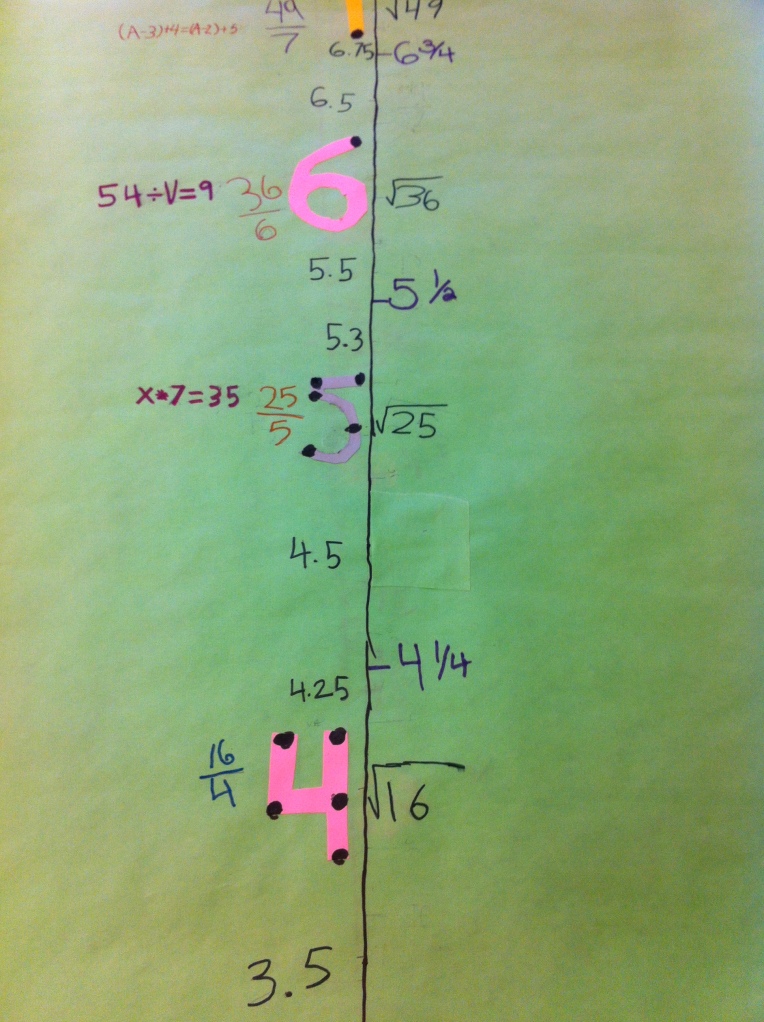 I believe that Wolfram Alpha does an excellent job of emphasize the importance of a number line in the answer it provides.  The answer can be represented on a number line.  See the example below. 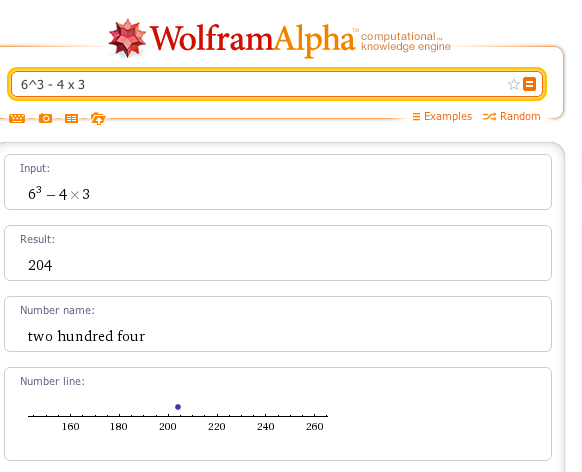 I’ve been reading How the Brain Learns Mathematics by David Sousa.

David emphasis the importance of the mental number line.  All humans have number sense.  For example:  studies indicate that the brain can decide that 60 is larger than 12, but it takes the brain a longer time to distinguish that 76 is less than 79.  It seems that when the digits are closer in value the response time of the human increased.  Visualizing many different forms of number lines would be beneficial and assist in developing better number sense skills at a young age.

I thought this quote was beneficial:

“The increasing compression of numbers on our mental number line makes it more difficult to distinguish the larger of a pair of numbers as their value gets greater.  As a result the speed and accuracy with which we carry out calculations decrease as the numbers get larger”