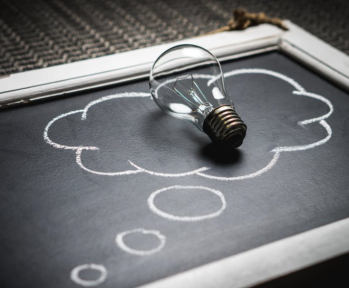 My school year ended last Wednesday and I’m now getting around to looking at student survey results.  This year I decided to change up my survey and make it more detail oriented, as I wasn’t really getting enough valuable information before.  Instead of creating my own (like in the past) I came across Pernille’s gem of a survey.  I know that she teaches at a middle school, but I thought the survey would be valuable for my kids just as well.  So I basically copied all the questions into my own Google Form, created a QR code and had students scan the code to complete the survey during the last two days of school.  Students already knew their report cards grades and they were asked to place their names on the feedback survey.  This is the first time that I’ve taken the anonymity out of the equation.  In doing so, I was hoping that students would answer the questions more honestly, which I believe actually ended up being the case.  The survey took around 15-20 minutes of time and it was pleasing to actually see students put effort into this task.  I had 54 total responses.  Of course there were absences, but I thought that size wasn’t bad, seeing that I have approximately 60 kids that I see in grades 3-5 every day.

Like I do every year, I critically analyze the results.  I look at survey results as a risk, but also an opportunity to see what the kids perceive.  They don’t always communicate what they’re thinking and this is a small window-like opportunity to catch their perception.  I tend to question the results every year, but have come to peace with an understanding that I look at trends, not necessarily every number.  Like most data, I find the individual comments to be the most beneficial.  I won’t be delving into that too much here, but here are a couple key findings:

Students averaged a 3.43 for this question.  Part of me is glad that it wasn’t below three as I don’t want students to perceive the class as being light on challenge.  I want students do be able to put in effort, work hard, set goals and see that their effort has produced results.  This doesn’t always happen.  Also, the word difficulty is subjective and what someone determines as a challenge, they might not consider it difficult.  This is becoming even more evident as my school continues to embrace growth mindset philosophies.

Okay, the good ole homework question.  I gave homework around 2-3 times a week and it’s used for practice/reinforcement.  Students rated this as a 2.85, which means I should be giving more, right?  Haha.  I believe students analyze this question and compare the amount of homework received in their homeroom vs. my class.  Over the years I’ve given less and less homework.  Early in my teaching career I used to give homework Monday-Friday, but have reduced that amount during the last five years.  It’s interesting to see the students’ perspective on this heavily debated subject.  Maybe next year I could add a question related to whether the homework helped reinforce concepts for students?  We’ll see.

I really like this question.  It’s risky as I don’t want the numbers to be the same, but it’s also beneficial because I truly want to see how students’ perceptions of their own growth have changed.  The first question came up with an average 7.67, which I was pretty pumped about.  Most students that I see perceive math as something positive.  Having that perception helps my purpose and it’s a also a credit to past teachers.  The second question rang up as a 9.15.  This was a helpful validation to show that students perceptions about math can change over time.  It also emphasizes the larger picture that math is more than rote memorization/processes and it surrounds our daily life.  I also wonder whether removing the anonymity portion influencd this score in some way.

This question made me a little anxious.  I feel like knowing a student and developing a positive rapport is such an important component.  It came in as a 4.13.  While looking over the data I found that students that didn’t perform as well rated this much lower than those that did.  Spending time asking about students’ lives is important. Time is such  valuable commodity in classrooms and ensuring that you know a bit more about students can benefit all involved.

Some students said that I could attend their sporting events or ask about what they did over the summer.  Other students said that I could’ve used a survey at the beginning of the year and not just at the end.  Ideally, it’s probably a decent idea to give a perception survey at the beginning of the year to get to know the students.  I didn’t do that this year, but will most likely put one together for next year.  It’s on the docket.

The responses that I received on the “Anything Else” question surprised me. I’ve never used this before so I wasn’t anticipating results, but I was pleasantly surprised.  About a third of the students mentioned class activities that they enjoyed or told me about how they’ve changed over the school year.  Some students commented about certain math activities that they thought were valuable.  Making it mandatory probably also played a role in why students added more than a “No” to the comment field.  In the future I’ll be adding an “anything else” question to my survey.

Well, now that the school year is over it’s on to planning the next!

I've taught elementary students for the past 13 years. I enjoy reading educational research and learning from my PLN. Words on this blog are my own. View all posts by Matt Coaty